Inauguration of seven Stations of Rememberance, 2022, Mai 10th in the 7th district, Neubau

Today, Ceija Stoika Platz in the seventh district is the meeting point for the opening of 7 new stations. Around 40 people are here to visit all of the newly laid plaques, led by Mrs. Dalia Hindler and Roswitha Hammer. Quite a number of the house residents are here today among the stones’ initiators. Before and after Mrs. Hammer’s introduction this afternoon we listen to the group Avanim.

Several district councilors are present representing the district, and the chairperson of the Cultural Commission gives an introductory speech.

This stone is laid for Eva Anna Suda.

This stone was initiated by Dr. Anton Suda for his aunt, murdered in Spiegegrund, when he was just one year old. 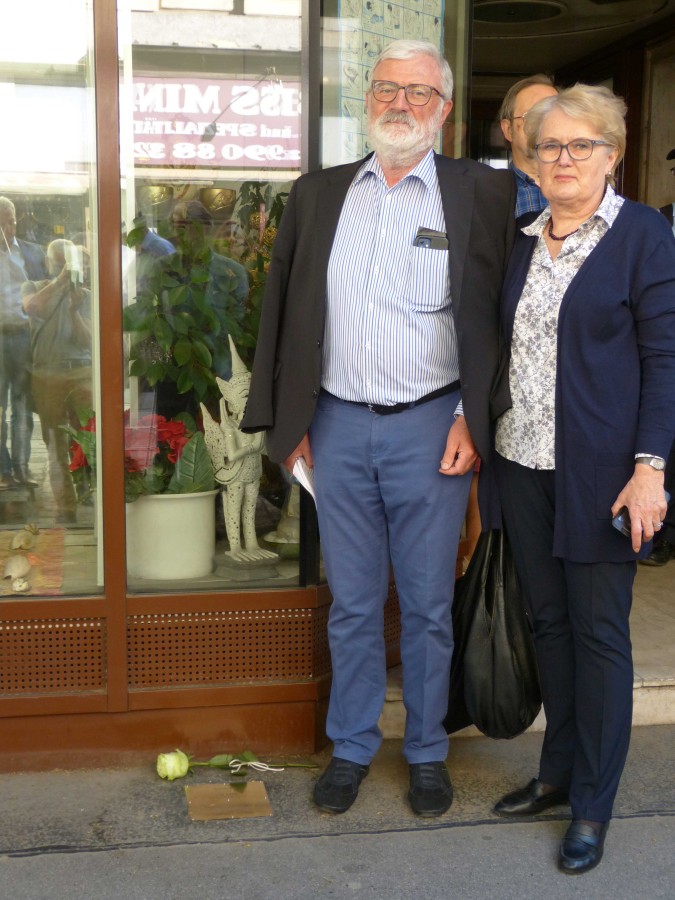 Dr. Suda is accompanied to the Stone of Remembrance by his wife and his parents, Martin and Ingrid Suda. This stone is laid for the former residents: Elsa Silber, Karl Rosner and Moritz Majer Rosner.

The laying of this stone was initiated by Nina Zajonic-Odisho, current resident of the house. We also welcome her husband, Kurt Angbauer, her brother, Christian Karner and his wife, Sylvia, as well as her cousin Eva Schinagl with husband Reinhard and Mr. Jürgen Dezinsky 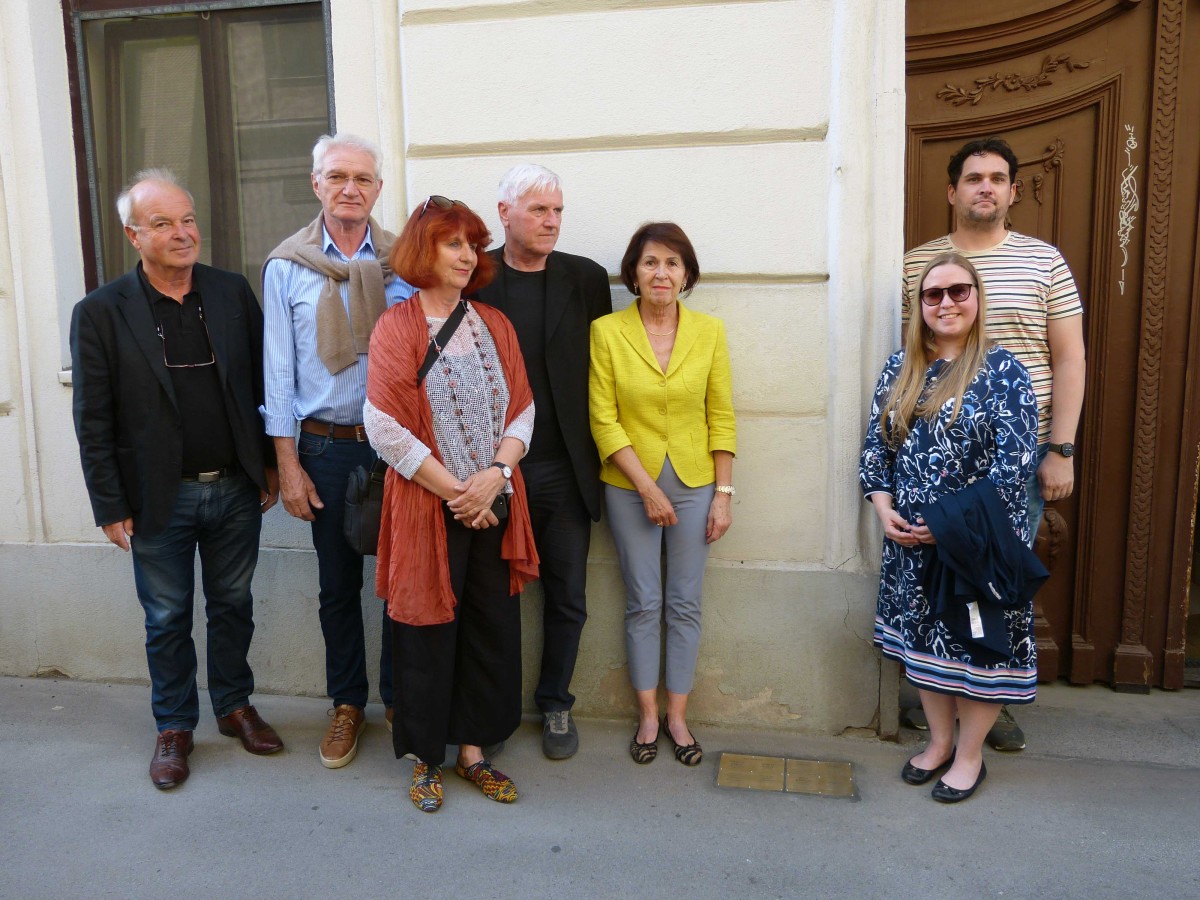 This stone is for Sidonie and Max Bernblum. 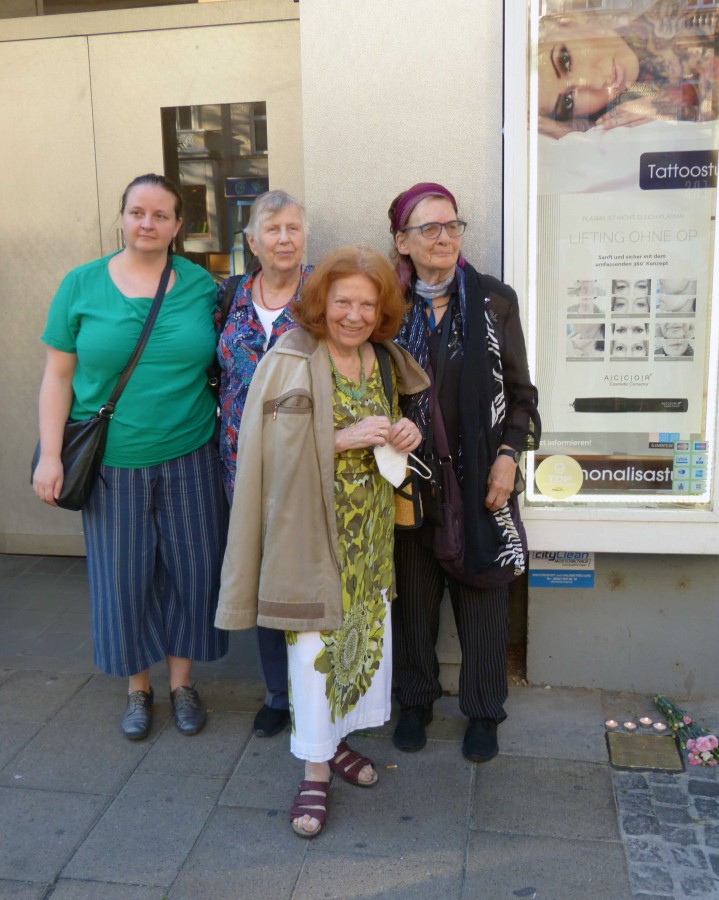 Mrs. Eveline März initiated this stone for her cousin and her Grandmother. Her mother

Here, too, there was a warm response from the current residents, who have agreed to take care of the stone.

This stone is initiated and laid  by Mr. Antony Grafson from London, to commemorate his maternal grandparents, Anna and Emanuel Hajek.

They are remembered by Mr. Grafson, his wife Galia, his brother Peter with his wife Sonia, from Strassburg and his son Arie from Zug, Switzerland.

Antony and his brother talk about the fate of their murdered grandparents. The stone is initiated by Mr. Alexander Herren from the Institute of Linguistics at the University of Vienna. There is a sponsorship and patentship for Stefanie Wengraf, from Mr. Günther Hahnenkamp as a gift to his friend Andreas Leitgelb. This stone is for Rosalia and Robert Schneck. 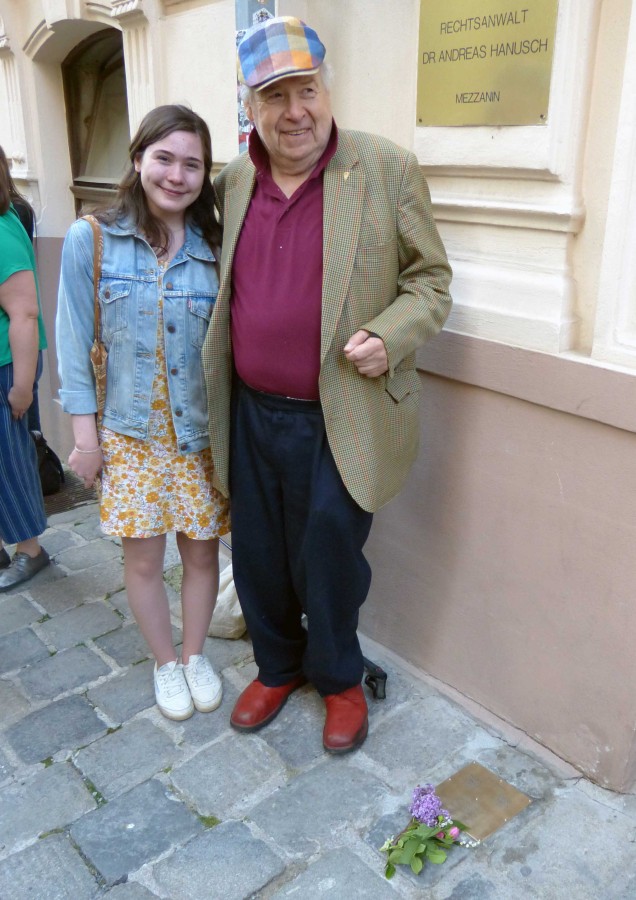