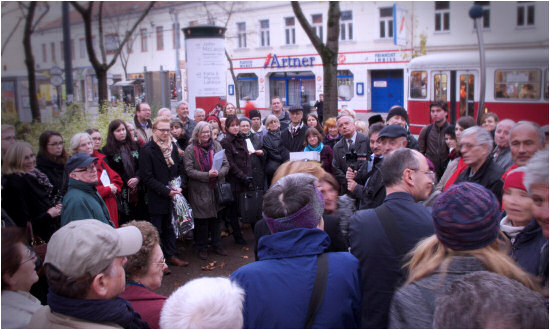 The festive opening ceremony at Hossplatz took place in the presence of Hermann Szamuel’s relatives (his daughter, grandchildren and great-grandchildren), the members of the District Council as well as many Floridsdorf residents.

Hermann Szamuel’s granddaughter, Mrs Elisabeth Duschet, spoke about the fate of her grandfather and his family. His two great-grandchildren emphasized how important it was for them and their families to finally have a place of remembrance for their great-grandfather.