Stations of Remembrance in Neubau 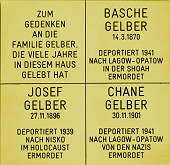 Until 1938, Neubau had a high proportion of Jewish inhabitants, with Jewish people making up 14.8 percent of the population in 1934. Jewish life was very influential in the district. The most important house of prayer was located at Schottenfeldgasse 60. Jointly used by Jewish people from both the 6th and 7th Districts, it was destroyed in 1938 during the “Kristallnacht”.

Home to the film and cinema center, as well as many businesses, Neubau was a cultural and economic center of Vienna. With its two main arteries of Mariahilferstraße and Neubaugasse, and proximity to the Westbahnhof train station, it was often the place of farewells. Neubau was also home to hatters (80 female modders were registered there), furriers, trimmers (trimmings for textiles), silk manufacturers and leather goods manufacturers.

Many well-known Jewish people lived there until their expulsion or assassination, including Karl Farkas, Ruth Kluger, Egon Friedell, Georg Kreisler, Fritz Kortner, Hans Weigel, Berthold Viertel, Fred Wander and Fritz Hochwälder.
With the seizure of power by the National Socialists in Vienna, the situation for Neubau’s Jewish population changed drastically. Deprived of their rights, their dignity and their possessions, many were sent to the transit camps in Kenyongasse 4 and 7, or to the former Neubau district court at Burggasse 69 before being expelled or murdered. A total of 950 Jews from Neubau fell victim to the annihilation.

The first two remembrance stations were established in 2009 at the request of relatives. Since then, many others have followed. 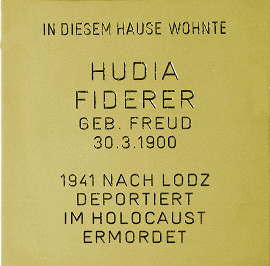 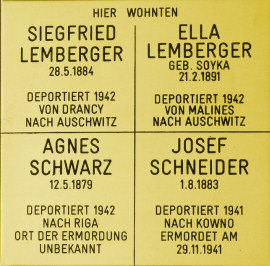