Solemn inauguration of three new Stations of Remembrance in Wieden on June 16, 2016 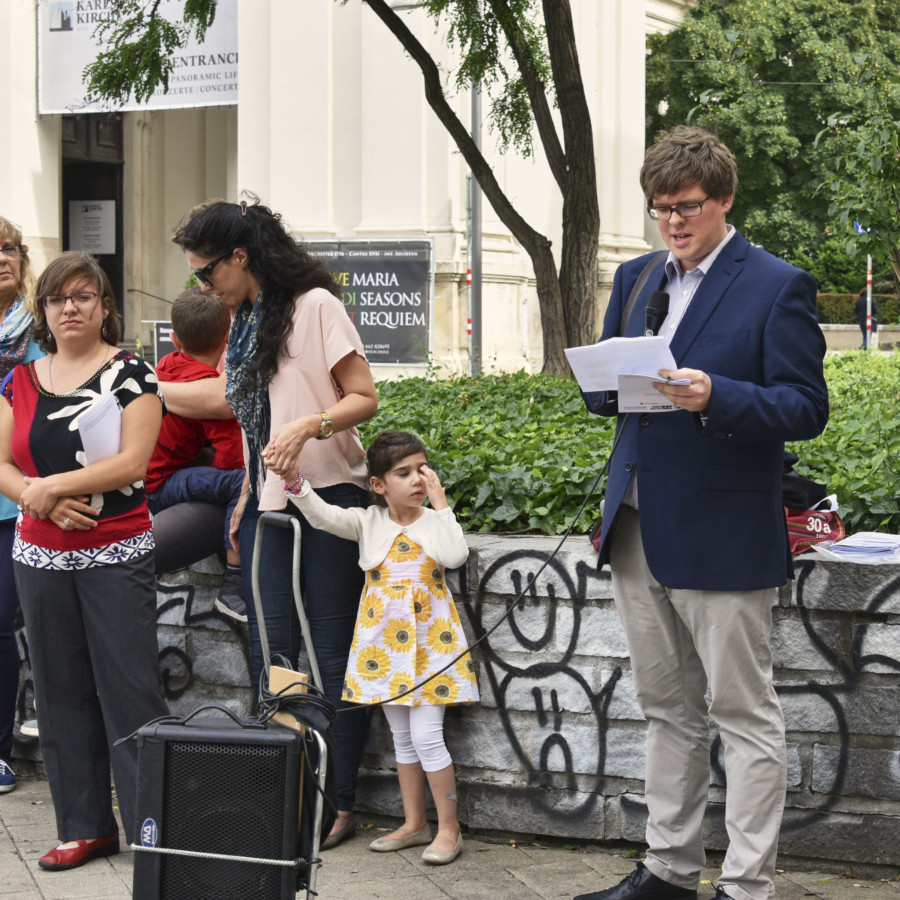 The solemn event in Resselpark, right in the front of Karlskirche, was attended by the Zeiner family from Israel and Sandra Lang, all of them relatives of the honoured persons. They were accompanied by their families and friends. Other attendants were Peter Haumer, initiator of a Station, representatives of the District Council, and many interested persons and residents of Wieden.

District Councillor Mag. Armin Puller emphasised the importance of commemoration work and his commitment to support Commemoration Stones in the district.

We then all proceeded to visit the three new Stations. 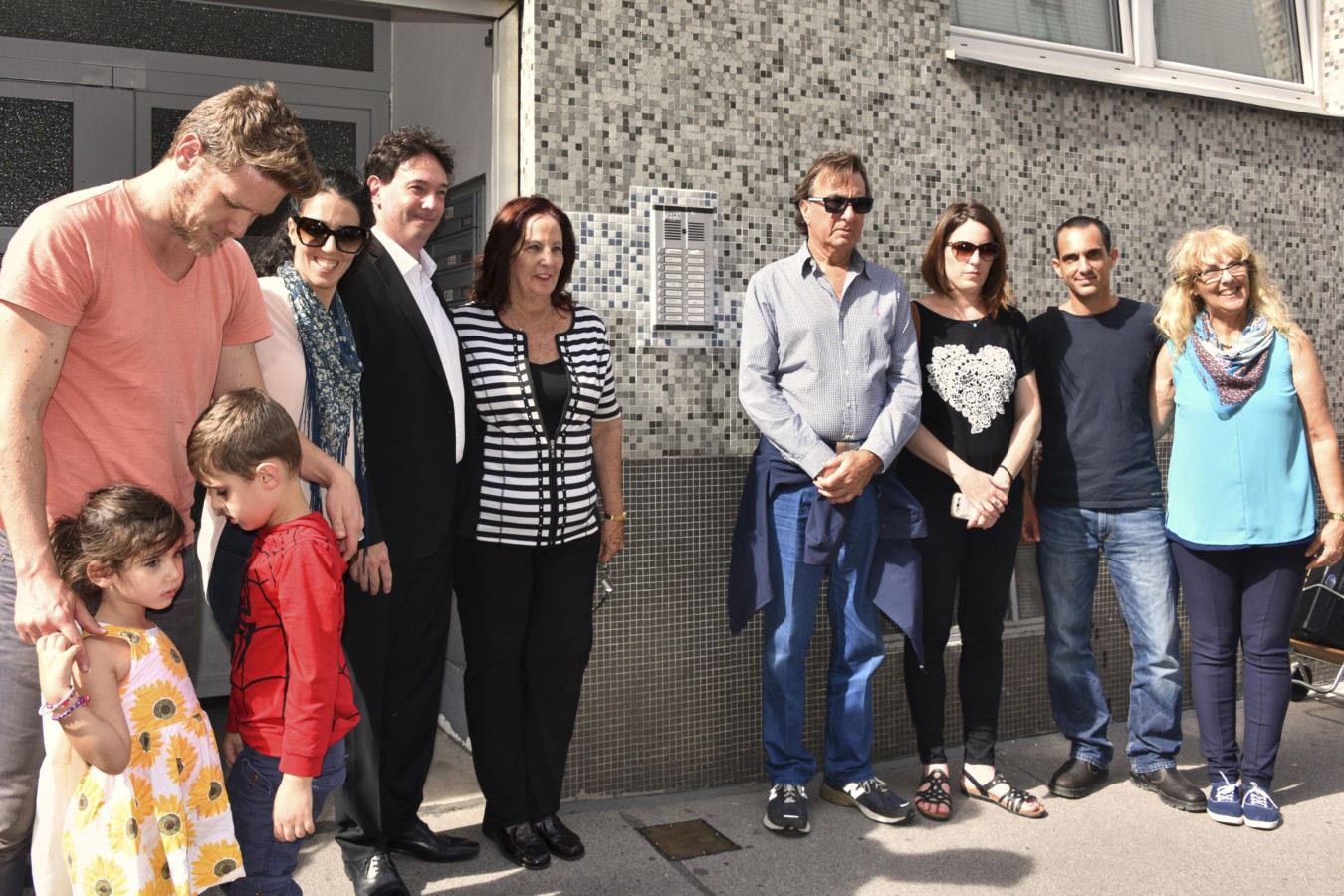 In Paniglgasse 4, the Zeiner family from Israel commemorated their grandparents Rosa and Jakob Zeiner and their uncle Rudolf Zeiner.

The Station in Favoritenstraße 48 was initiated by Peter Haumer in commemoration of Julius Dickmann.

In Plößlgasse 5-7, Sandra Lang commemorated her grandfather and step grandmother.