Solemn inauguration of five new Stations of Remembrance in Neubau on September 21, 2016

On behalf of the Association, Matthias Beier welcomed family members from Australia, Israel and Austria, as well as the initiator of the Stones in Myrthengasse and all other attendants, numbering about 35. Head of District Thomas Blimlinger underlined the importance of creating visible signs in public spaces. Each new Stone meant looking at the past rather than consigning it to oblivion.

Matthias Beier spoke about the significance of the Stones for the relatives as well as for the Viennese, and about his personal experience when polishing the Stones. 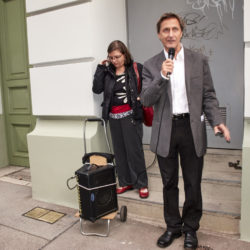 Sven Hartberger, initiator of the Stones in Myrthengasse 12,17 and 20, pointed out a great concern of his: He wanted, in this small lane, to set honouring symbols of loving commemoration for all former neighbours who had been deported and murdered by the Nazis.

Daliah Hindler read out what the Association’s research had revealed about some of the former tenants. 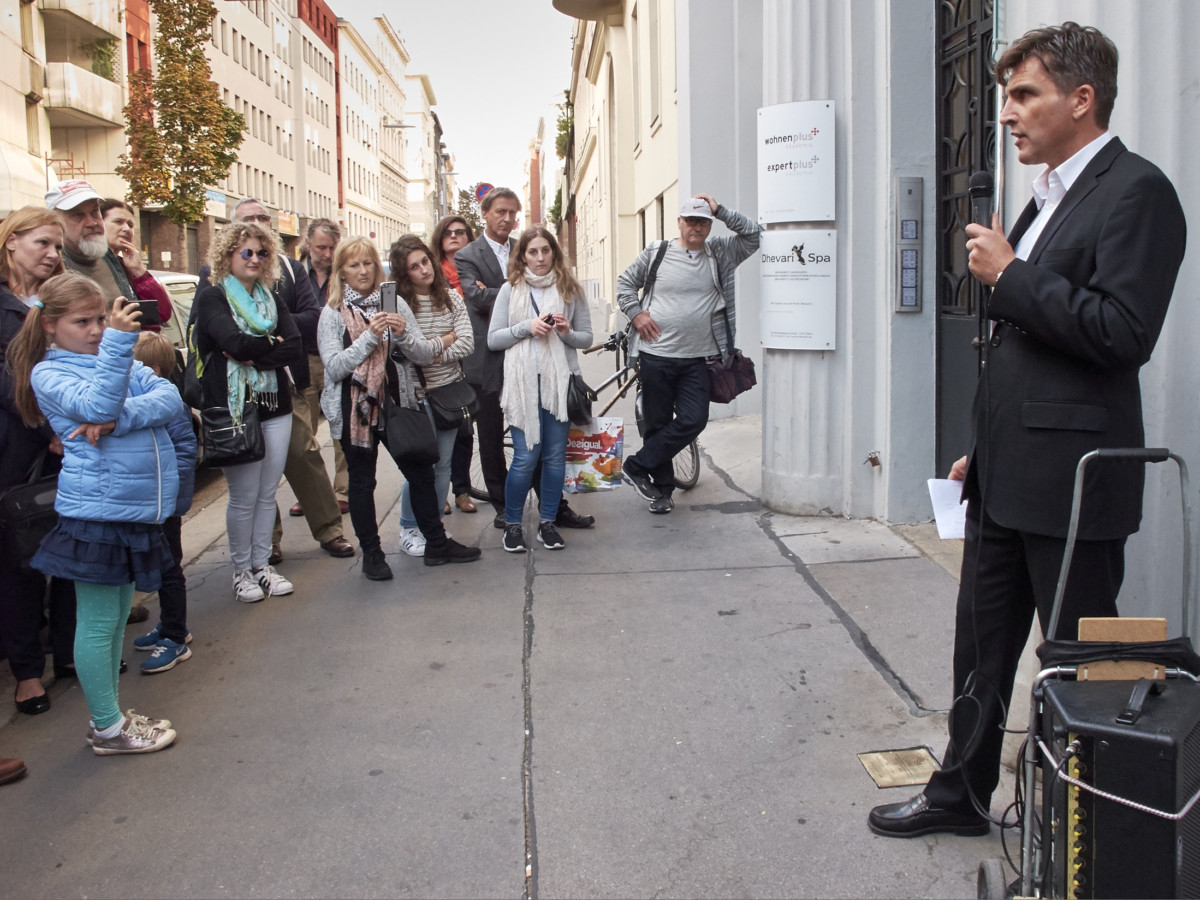 The Stones commemorating Leon and Jetty Löwenschuss could be set up thanks to sponsors. Daliah Hindler presented the research results on the life of both of them.