Ceremonious unveiling of the Stone of Remembrance. 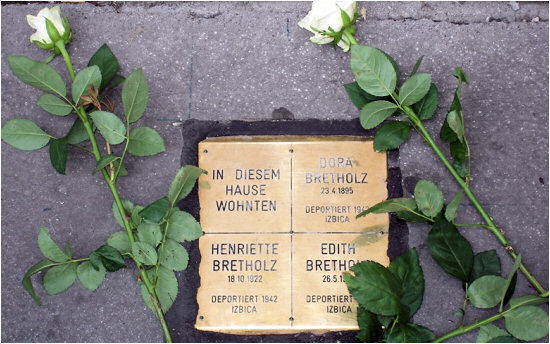 On Thursday, 28th June 2007, the Stone of Remembrance for Dora, Henriette and Edith Bretholz will be unveiled at 5 o’clock p.m.

The ceremony will take place under the honorary presidency of district governor Karl Lacina.

The circle is now closed

During the time of my youth in Vienna, Wallenstein Street was the center of my world. It was my Champs Elysées and my Broadway. I lived here with my widowed mother and two younger sisters. We had many relatives, good friends and friendly neighbors. This street was my universe. Overnight, after the German occupation in March 1938, this world became chaotic for us.

In a metaphoric sense, the whipped cream tasted bitter and the Strauss waltzes sounded like a funeral dirge. A total transformation.

At my mother’s urging, who wanted to see me in safety, I fled the country.

On October 25, I said goodbye to my mother and my sisters. Before I stepped into the street car, for the ride to the West Railroad Station, my mother said, “We will see each other again soon. Be careful and never forget who you are.” 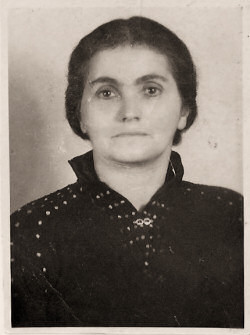 I was 17 1/2 and could not fully comprehend the seriousness of the situation. “We will see each other again soon.” That was our mantra.

Then, at the street car stop, I saw my family for the last time. There is no final resting place for my mother and sisters.

There are no grave stones. The arithmetic of the Holocaust is overwhelming and incomprehensible.

These “Stones of Remembrance” for Dora Bretholz, Henriette Bretholz, and Edith Bretholz, although only symbolic, are very meaningful to me. These memorial stones on Wallenstein Street, in front of house number 23, represent the final connection in memory of my family.

The circle is now closed.