Solemn inauguration of the 10th Part of the Path of Remembrance through Leopoldstadt on May 22, 2016

About 60 persons gathered at the meeting point Haidgasse 3: family members from Israel, Canada, USA and Australia, initiators of Stones, residents of Leopoldstadt and many friends of the Association.

Deputy head of District Astrid Rompold offered her thanks for the invitation and for the important work the Association did, even more so in our times. Having welcomed everybody on behalf of the Association, Vally Steiner spoke a few words on the meaning of the Stones.

All participants then proceeded to visit the 11 new Stations.

At each Station, family members spoke about the relatives they were commemorating. At the Stones initiated by tenants ,the latter spoke about their motivation to set up Stones for the former inhabitants of the building.

In the morning we visited the following Stations: 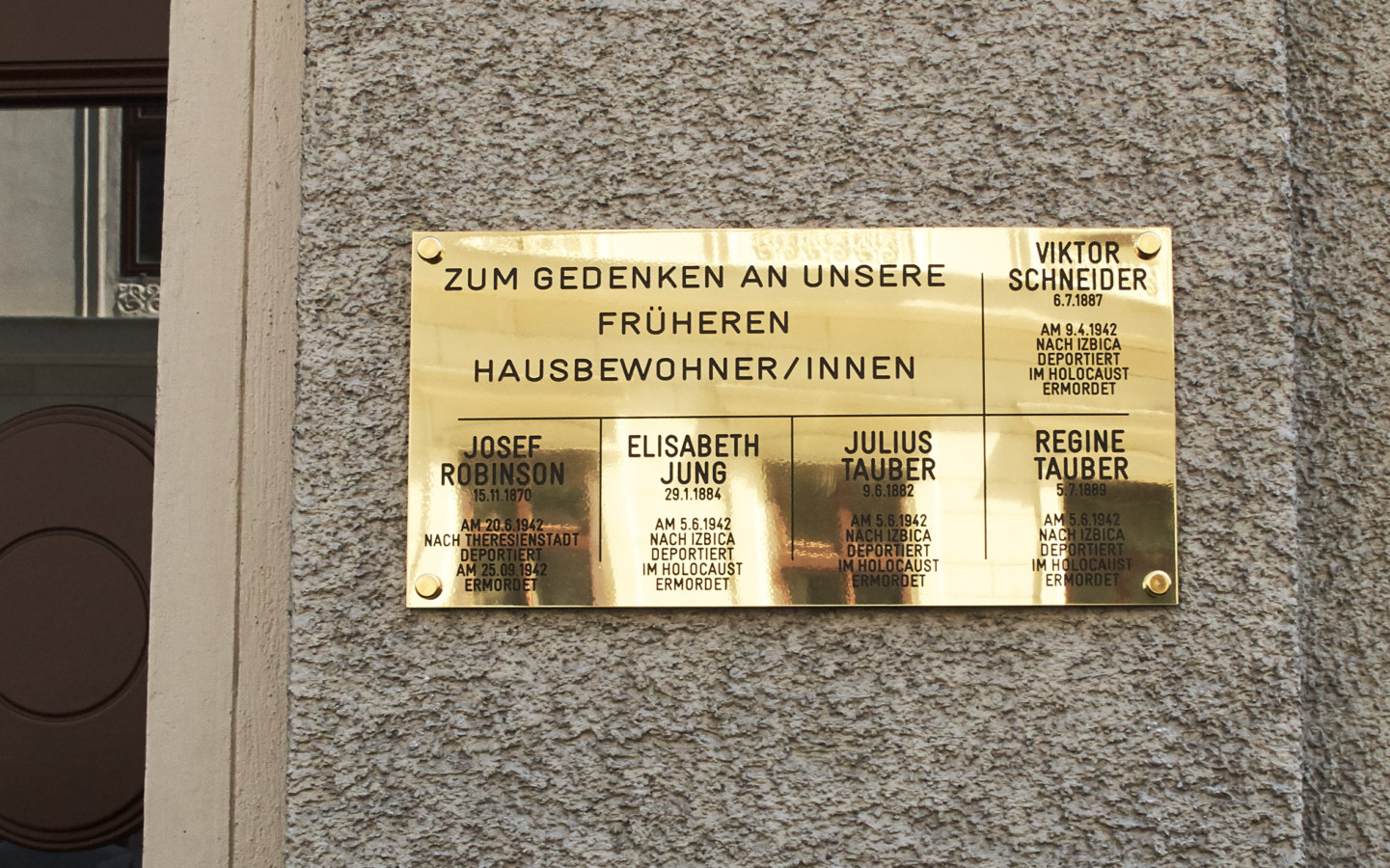 Leopoldsgasse 27, initiated by Heinrich Pöker in commemoration of former tenants. 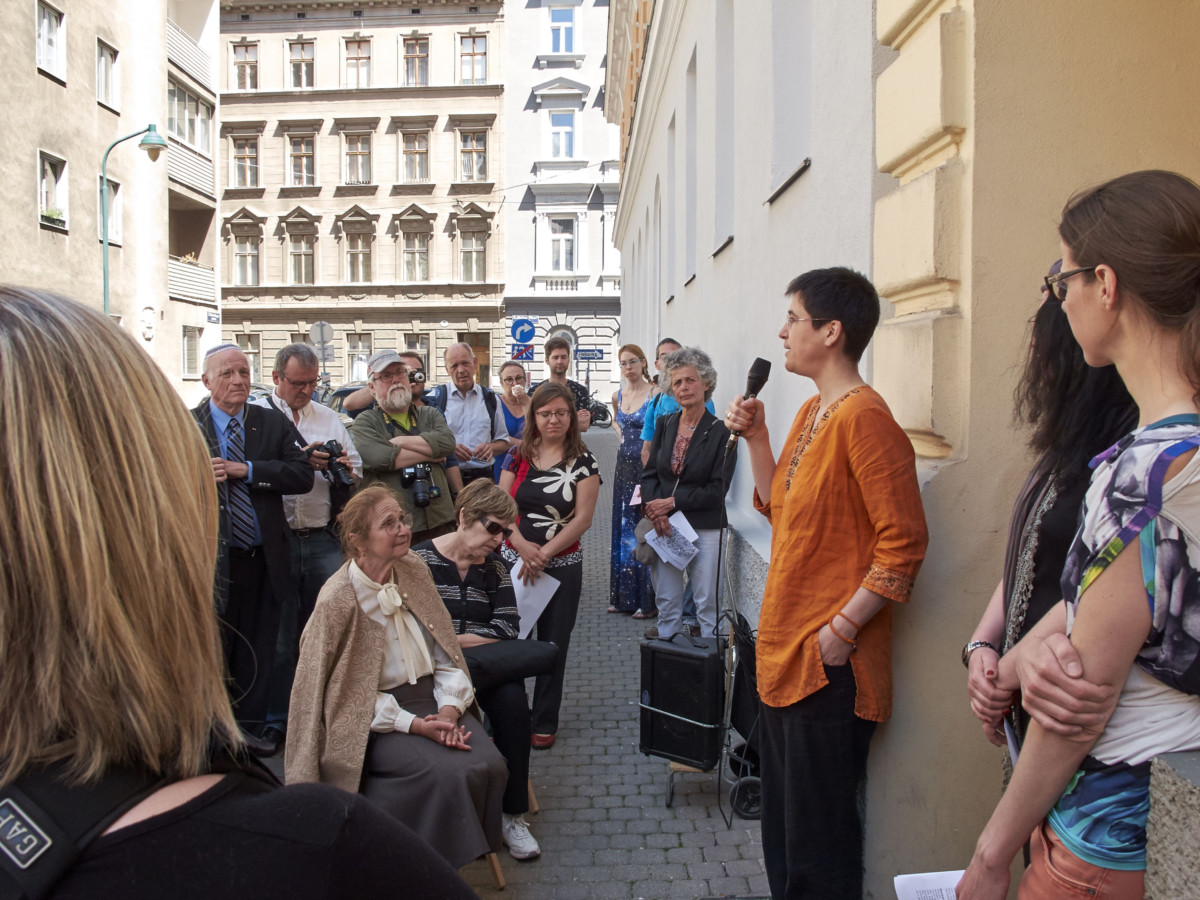 Schwarzingergasse 6, initiated by Lilian Hinterndorfer and other tenants in commemoration of former inhabitants. 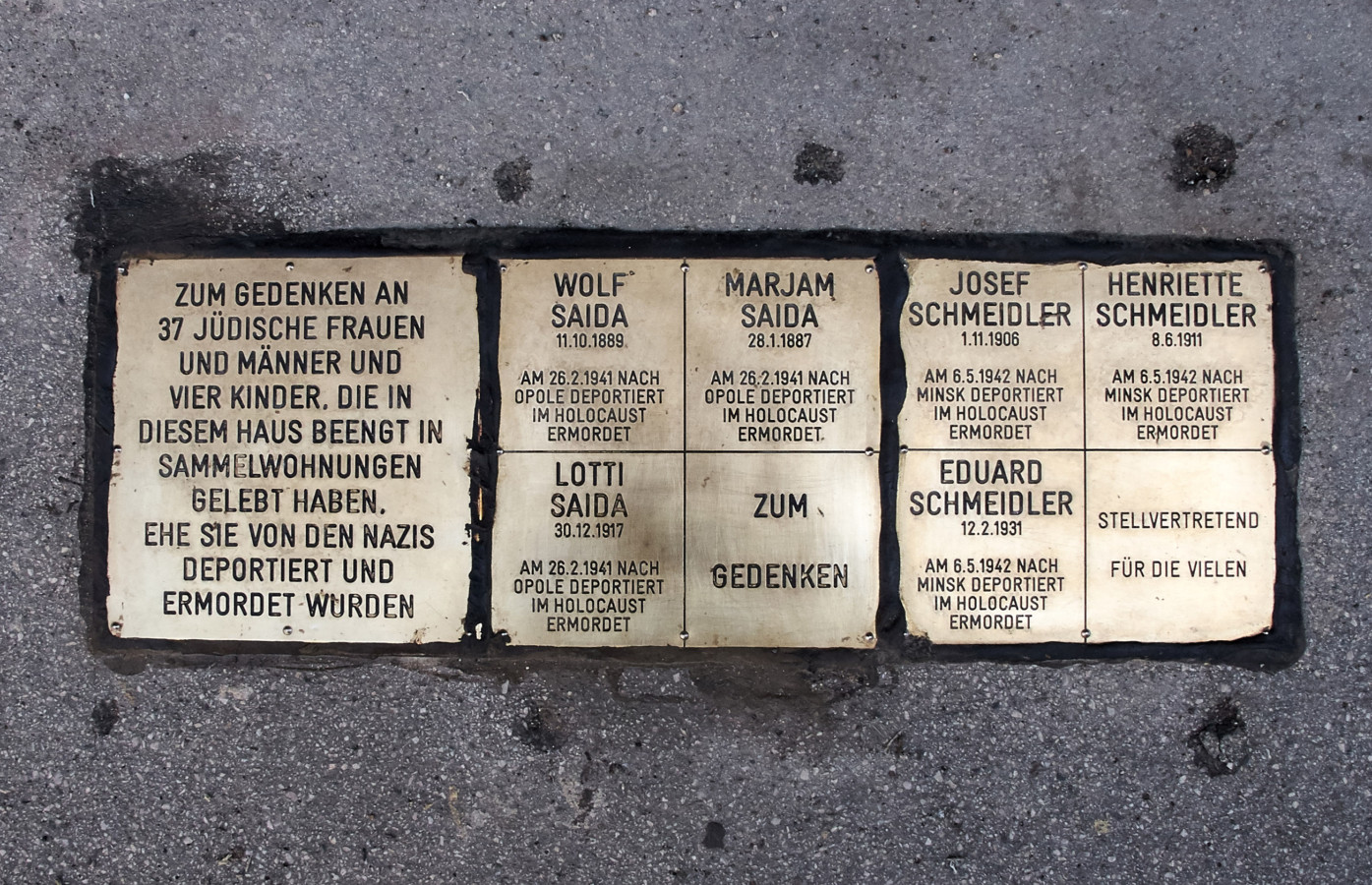 Rembrandtstraße 18: Rita Proweller from Australia commemorating her grandparents, her uncle and aunt.

After lunch, we proceeded to the inauguration of the following Stations: 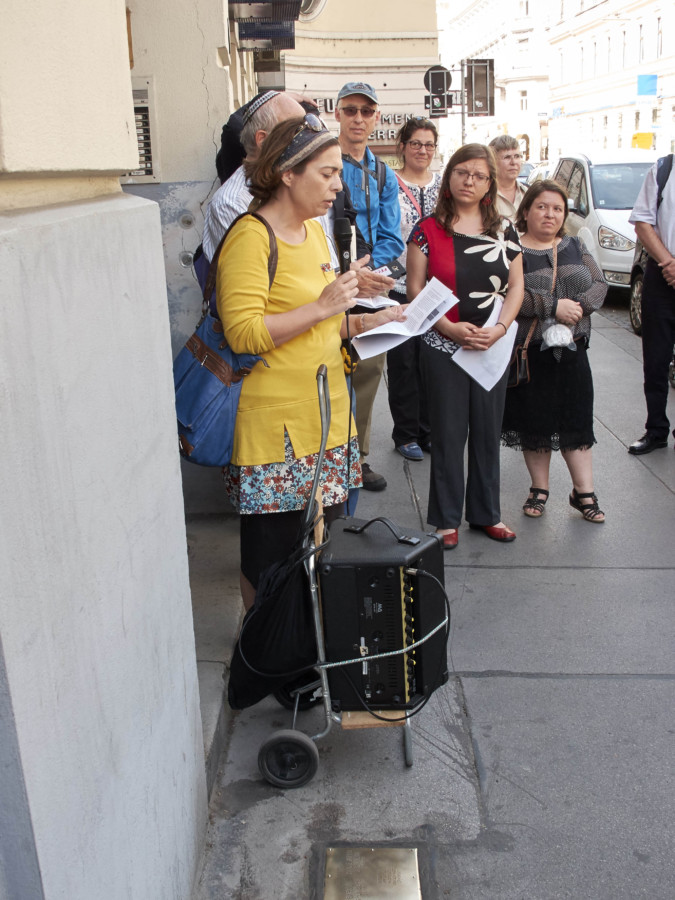 Taborstraße 21A: Tamar Koren from Israel commemorating her great-grandmother.

Taborstraße 46 and 48: Barbara Timmermann from Austria arranged for the Stones commemorating the uncle, grandfather and great-grandparents of Michael Simon from USA.

Große Mohrengasse 39: Lotte Marcus, commemorating her Uncle and grandfather, was unable to come. Daliah Hindler read out what was told about the family. 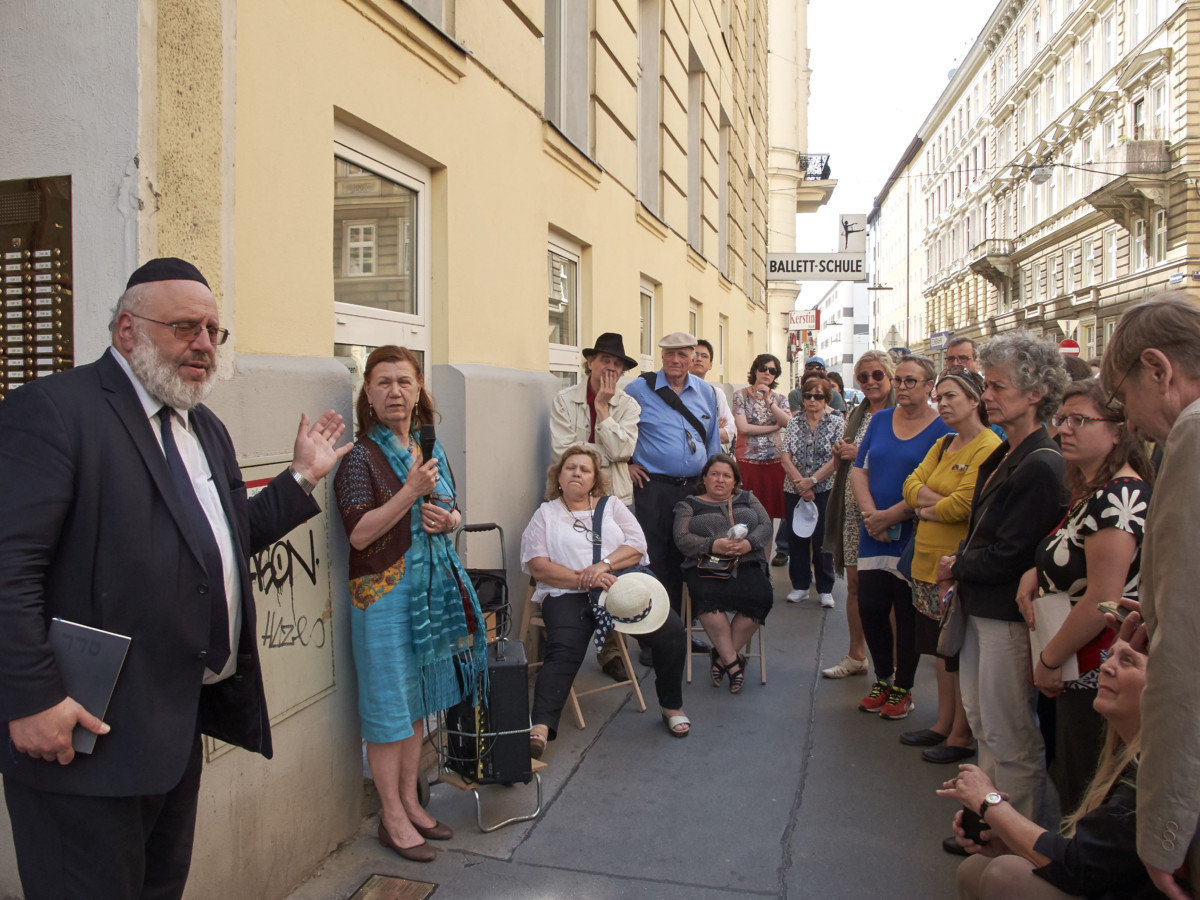 Novaragasse 40: Hermine Jira, initiator of the Stone for the former inhabitants.