Inauguration of the first 17 stations of the „Path of Remembrance“

On the 12th of November 2006 the first part of the “Path of Remembrance” was solemnly inaugurated on the former location of the Leopoldstadt Temple. Among the many Viennese participants, there were also ten members from the families: Sachs, Stern and Hindler, who had come from England to honour their murdered family members.

Vienna’s culture councilour Mailath Pokorny, head of the district Gerhard Kubik and the head of ESRA (consulting and treatment centre for survivors of the holocaust), Peter Schwarz were present in support of the event. 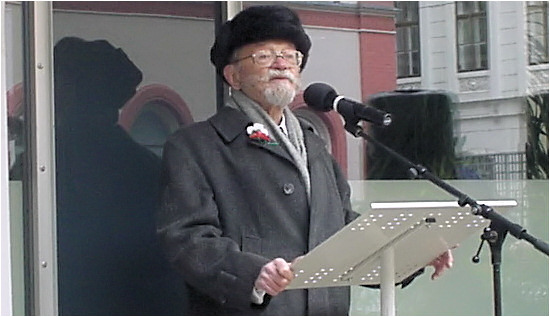 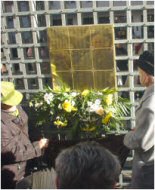 Kurt Sachs, a former inhabitant of the Leopoldstadt, who was able to escape at the age of 13 from Vienna gave a very touching speech.

Elisabeth Ben David-Hindler highlighted the solidarity that characterizes this project. Many people have contributed financially as well as through their voluntary work.

The first stone of the ‘Path of Remembrance’ was inaugurated by the affiliated Fred Stern and Gerti Kohut.

Following the ceremony the stations were visited by foot or by bus.