Opening on September 20, 2009 of New Stations along the Path of Remembrance, 2nd District

The festive event to open new stations in the Stuwerviertel of the 2nd District with was held in the Event Hall in the District Management Offices at Max Winterplatz. The room was packed to capacity.

Elisabeth Ben David-Hindler of the Stones of Remembrane Association introduced each of the new stations them in a Powerpoint presentation mapping them through different parts of the district. 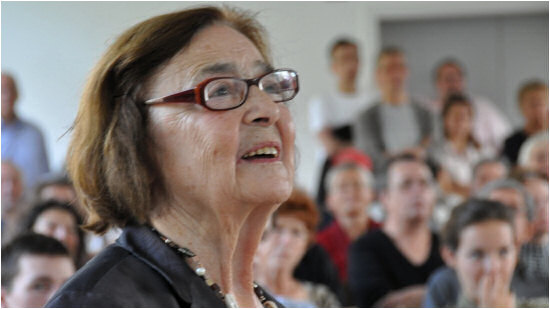 Ms Liane Graff then reported on the fate of her two aunts who had lived at Grosse Sperlgasse 4. Her son underlined the importance of the memorial stones and the plaque that was to be placed on the wall of the house not only for his family but for all Jewish people in Vienna. He is glad that their family story is now being made visible.

After this, Mr Ernst Löschner gave a fiery speech about the story of Dr. Walter Süß, a resistance fighter who had been executed. A Stone of Remembrance will be placed next year at Molkereistraße 7 in his memory. As a stamp collector, Mr. Löschner stumbled upon the letters that Walter Süß had written to his mother from the regional court.

The opening ceremony was closed with the wonderful musical contribution by Esther Jelinek, Christoph Kögler and Daliah Hindler before the group moved to tour the new stations.

Elisabeth Ben David-Hindler began the tour with a story by about her father, Hans Hindler, whose butcher shop was at Max Winterplatz 17. This small shop formed the basis of life for the family for many years but had closed due to his Jewish and Communist background. Half of his customers stayed away.

She also pointed out Hugo Hacker carpenter’s workshop in Wolfgang Schmälzlgasse, which had had to 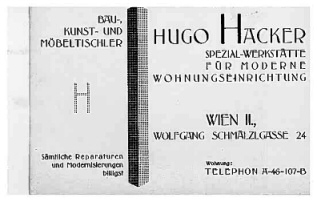 give up after the Kristallnacht. Hugo Hacker had himself had escaped but sadly, his mother and sister had not been so fortunate.